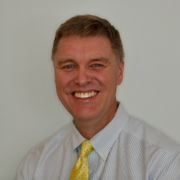 Randy is Lead Pastor of Jesus City Church and principal teacher of its weekly services.  After having a business career for 24 years, Randy entered into full-time ministry in 2010.   He was ordained under the ministry of Dr. Jeff Walker, pastor of Victory Christian Church, Rancho Mirage, CA, attended Rhema Bible Training Center in Broken Arrow OK, and has a bachelor’s degree in Accounting from Central Connecticut State University.

Along with teaching the Word of God, Randy’s passion is to lead people in supernatural worship.  He has written and recorded 50 original worship songs based on Psalms 1-50, a five CD series called The Living Psalms, and has written his own translation of the New Testament called the Love Expressed Version Literal Translation (LEV).  Randy also leads the Hartford Outpouring, musical prophetic worship events.

Randy was married to his wife Lisa in 1985, and, together with her, founded Gordon Ministries in 2010, out of which Jesus City Church was born in April, 2016.  Lisa and Randy have four wonderful children, Melissa, Michael, Mitchell and Mary.  The Gordons are from Connecticut and now live in central, FL. 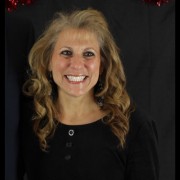 Lisa is co-founder of Gordon Ministries, and is Assistant Pastor of Jesus City Church.  She is a Bible teacher and writer of the daily ministry blog, “Daily Words of Encouragement.”  Lisa was ordained into full-time ministry in 2010 under the ministry of Dr. Jeff Walker, pastor of Victory Christian Church, Rancho Mirage, CA, and attended Rhema Bible Training Center, in Broken Arrow, OK.  Lisa also graduated with a bachelor’s degree from the University of Connecticut, in Storrs, CT.

Lisa is known for her joyfulness in life and her true dedication to the Word of God, and she is often seen reaching out to people in the love of Jesus, giving big hugs and smiles, and laying hands on those who are sick and hurting.  She is the wife of Randy Gordon, and mother of their dearly loved children, Melissa, Michael, Mitchell and Mary.

Please make a donation by clicking below.

There are no events to show.